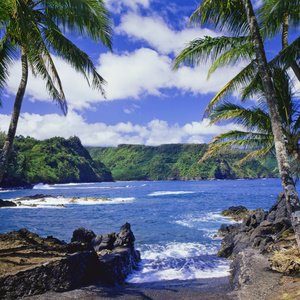 I recently was hired by Utopies, a French think tank, to help MCB, the largest bank in Mauritius, rethink its approach to economic development.  The following is from an interview I did with MC, which summarizes the case for local economists.  (Another interview I did with them, on what MCB and other banks can and should be doing to support localization, will be posted shortly.) MCB:  You’re a well-known expert in community or local economics and you’ll be speaking at MCB’s ‘Local is Beautiful’ conference on the 23rd of January. What made you accept Utopies’ invitation to speak to us in faraway Mauritius about how ‘Local is the new black?’

My last book, “The Local Economy Solution,” has a section telling the story of Gilbert Rochecouste, a native Mauritian who came to Australia and became one of the world’s greatest “place-makers.”  His stories about growing up in Mauritius—and his descriptions about its beauty, vibrancy, and mystery—were what convinced me to say “yes” to the invitation.  I’m hoping to learn more about what the Nobel-prize-winning economist Joseph Stiglitz called “The Mauritius Miracle.”

MCB: The ‘local’ theme might be something that people are familiar with in the US but for most Mauritians, it will seem counter-intuitive in the age of globalisation. Does this thinking make sense?

It IS counter-intuitive, because people misunderstand what “local economy” building really means.  Smart local economy building means becoming as self-reliant as possible AND exporting as much as possible.  And it means doing so through companies that are locally owned and maximizing the use of local inputs.  The paradox of localization is that if every country pursued it—because it’s a wealth building strategy—the level of global trade would probably INCREASE.

MCB: Why does it make economic sense to go back to ‘local’?

MCB: Some would say that if ‘local’ really worked, then it would have stayed this way – why was there a shift to the ‘outside’ – called ‘progress’- and why is it important to go back to the roots, so to speak?

It’s important to remember why much of the world moved away from “local.”  Global businesses were heavily subsidized by national governments, as were the fuels (oil, gas, coal, nuclear) and the infrastructure necessary for globalization.  The leading lending institutions, such as the IMF, World Bank, and World Trade Organization, set new incentives and rules in place that were bias in favor of global industry—and against local business. For example, rules that restrict local labeling to induce local purchasing are economically irrational since they deny consumers potentially valuable information.

Despite this unfair playing field, exacerbated by weak antitrust laws, local businesses have actually performed quite well and are becoming more and more competitive.  For example, worldwide there’s a shift in consumer preferences from goods to services.  Once people have basic creature comforts they tend to want more education and health care.  This is great news for local business, because local services are almost always more competitive than their global counterparts.

MCB: In our local context, this would mean concretely, new economic sectors. How does an insular island with no resources to speak of, achieve that? Especially as necessity being the mother of invention, the feeling is we’ve done all we could way back when we had no other choice.

In highly developed economies, the percentage of spending for services rather than goods is now exceeding 70%.  The only natural resource needed for nearly all these services is intelligence, which is plentiful in Mauritius and certainty can be increased.

In the remaining 30% of highly developed economies that is focused on goods, three quarters of consumer spending is for “non-durable” goods like food, building materials, and paper products.  What all these goods have in common (unlike “durable” goods like electronics) is that they weigh a lot and have a low value per unit weight.  Food, for example, is mostly water.  It doesn’t make economic sense for countries to import water in a world where transportation costs are rising.  This explains why the local food revolution is happening all over the planet.  Put simple:  Mauritius should have no problem developing competitive local industries in non-durable products.

Taken together – services and non-durable goods – comprise about 90% of what residents and businesses in Mauritius will buy in the foreseeable future.  Based on this demand, there’s huge potential for developing new sectors in the Mauritius economy.

MCB: Mauritius depends greatly on foreign direct investment (FDI) and in recent years, we’ve started to depend more and more on the revenues from real estate, a sector that admittedly has its limits especially on a small island. This is on par with our decision to be “an open economy” because the thinking is we have to open up if we want to grow. Is this philosophy at odds with local economics?

Not at all.  A successful local economy should welcome everyone around the world—as investors, as buyers, as business people, and as tourists.  The key is to make sure that foreigners are not given subsidies or other advantages that put local investors, buyers, or businesses as a disadvantage.  In the United States, for example, massive subsidies (currently valued at about $100 billion per year) are given to attract global business (and related FDI) that are unavailable to local business—all things that are counterproductive to local prosperity.

MCB: A study by Utopies has underlined what we’ve known for years – that despite the fact that we manage to multiply the FDIs, a lot of it goes out to cater for our importation needs; as much as we know that this isn’t sustainable, producing what we consume is not always an option – what then?

This FDI is a gift that will not last forever.  With the wealth that this gift generates, Mauritius needs to invest in new, locally owned industries.  I would launch a national campaign to channel LOCAL investment into local business.

MCB: The thinking here is that the market isn’t big enough for us to produce what we consume. On top of that, local products aren’t always cheaper than imported ones. What’s your take on that?

That’s nonsense.  Again, the economies of scale for most services are quite small.  And there are plenty of great models of small business success worldwide in most goods industries.  For example, I did a study for the Gates Foundation several years ago (“Community Food Enterprises”) that found examples of great, small-scale food businesses all over the world.  The key for a country like Mauritius is to study models of small-scale success across all industries throughout the world, learn what makes them succeed, and implement accordingly.  The Utopies study nicely introduces these ideas.

MCB: Another issue in Mauritius is that consumerism has made that people as a general rule, don’t trust what is local and often equate what is foreign-made with quality; is this an attitude that is global and if yes, how do you change that?

There will always be a segment of consumers like this—and their opinions often have a sound basis in reality.  But if the goal is to strengthen the local economy, there are two reasonable responses:  First, do everything possible to increase the competitiveness and quality of local goods and services. Second, convince consumers to become smart shoppers.  In the United States, we have launched campaigns called “Think Local First.”  The point is to encourage shoppers conscientiously to find and compare local goods and services.  Universally the result of such campaigns is to INCREASE the level of local purchases.  Mindful consumers almost always find great local goods and services that previously they knew nothing about.

MCB: The study also underlined the fact that while Mauritius as a country has prospered over the years, inequality hasn’t receded. Is this also something that local economics could address?

As I mentioned earlier, we have studies in the United States that show that localization promotes greater income equality.  And again, localization is a wealth-building strategy.  It tends to expand smaller, locally owned business who spend more locally and increase the “economic multiplier.”  This rising tide of wealth lifts all boats.  A strategy that depends on foreign companies is less successful because more of the money they make leaves Mauritius – for foreign profits, nonlocal inputs, management salaries, etc. – and does no good for local prosperity.

MCB: How is wealth distribution related to local economics?

While there’s a need for a lot more study, my view is that the key to a more equitable distribution of wealth is a more equitable distribution of ownership of business.  This underscores why a key to strong local economies are effective tools for local investment.  The Mauritius government needs to make it cheaper and easier for residents to invest in local business.  And clearly the biggest financial institutions on the island, such as the MCB Group, have a huge role to play here.

MCB: What difference do you make between protectionism and quasi-autonomy in terms of manufacturing/providing goods and services locally?

Night and day.  Protectionism means that the state limits consumer choices through tariffs and non-tariff barriers.  Smart localization means giving consumers MORE information and choices.  The world of globalization has actually been far more protectionist than the world Utopies and I are advocating, in that it heavily subsidizes global business and infrastructure.  In a truly competitive marketplace, I’m confident that local businesses can meet 80-90% of local demand—even in island economies like that of Mauritius.

MCB: When we talk about local, we’re not just talking about goods but also about services. Hiring local services presupposes that the people are properly trained and have the required skills. We’re then talking about a country’s national policy. Is that to say that if we are to focus on local economics, then it can’t be done without government support?

I would quibble with your premise.  Training, spreading skills, and education is often done by the government—we should welcome and applaud government spending on these things–but also can be done privately.  In Paraguay, there’s a wonderful example of a foundation that created a high school to train students on how to run local food enterprises.  Every student gets experience with 16 different kinds of business, everything from running a dairy to managing a restaurant.  These businesses are real and their revenues cover the costs of running the school and tuition.  The high school is 100% self-reliant.  Models like these, which I call enterprise “pollinators”, are the strategies for localization we should be prioritizing.