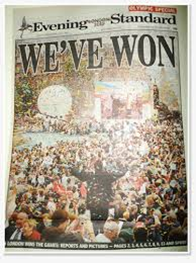 Last week, I gave a lunchtime talk to the board of the Fresh Sound Foundation in New York City, where I was asked to help this small family philanthropy think about how it could best assist the local economy movement. I thought this was a really interesting question, because depending on one’s perspective, it meant critiquing the movement or identifying great opportunities for it.

My basic message was that we have won the war of ideas, but now we have a very steep climb ahead with implementation. The philosophy and practice of local economy building has moved from the margins into the mainstream. There’s probably not a community in America where someone is not bragging “we sell local food” or “we’re a local bank.” Study after study is now showing that strong local businesses are the keys to local jobs and income equality. Yet I also sense we’ve barely realized the full potential of localization, and moving deeper, faster, and in more places is going to be essential to solve critical global problems like climate change and poverty.

Here’s what I argued were the ten biggest challenges ahead for our movement:

(1) Engage the Grassroots – The Fresh Sound Foundation came from the estate of Ellen and Stuart Burt, which had underwritten the very first grassroots effort around the principles of local economic-development (LED) I ever led in St. Lawrence County, New York, in the year 2000. The Burts created a novel endowed chair at St. Lawrence University, the mission of which was (and remains) to bring interconnect the great resources of the university and the county to promote regional prosperity. I have since led more than a dozen such processes, and remain convinced that’s it’s the healthiest way to undertake economic development. (This work also ultimately led to the handbook on the topic that Kate Poole and I wrote for BALLE, and is available here.) Among the problems with top-down economic development are that it fails to build on existing local businesses and assets, it leads to an attraction-and-retention focus on global business that researchers have shown to be a total loser, and it abuses public funds and democratic trust through subsidies and secrecy. Meanwhile to realize the full potential of participatory approaches to LED, we will need to continue to test, evaluate, and improve grassroots methods.

(2) Research Hard Questions – Many important questions about local economies remain. One question, which I’ve been discussing with the Surdna Foundation, is how to resolve two seemingly contradictory pieces of evidence. Smaller businesses pay less and provide fewer benefits than larger businesses (though the gap is shrinking). Yet economies with small businesses pay more and more equally. There are many ways to reconcile these findings – perhaps the communities with more small businesses actually motivate their small businesses to pay more – but we really just need more research here. Any grad students out there interested in taking this on?

(3) Share Great Business Models – In The Small-Mart Revolution, I showed that 1,093 of the 1,100 NAICS sectors of the economy had more successful small businesses than large ones. That means, in almost every business sector there’s a recipe for small-scale success that a smart community could use to foster local self-reliance. Yet small business advocates worldwide have trouble finding and implementing small-scale models in many of these sectors. The solution, I believe, is to create a global, open-source database of successful small businesses called the Locapedia. I’ve recently put together a proposal with the Schumacher Center for New Economics to launch this idea.

(4) Share Great Economic Development Programs – Similar networking, both national and global, are needed to spread promising LED programs. For example, what are some of the techniques for increasing local procurement by government agencies that do not violate the (awful) rules of the World Trade Organization? From conversations I’ve had with colleagues in the United Kingdom, I’ve learned about clever ways they solicit contracts that increase the probability of great local business bids. More of this kind of global learning is essential on everything from local currencies to business incubators.

(5) Develop Indicators – How can a community know whether its various LED programs are working? I would argue that three of the most important criteria of LED success are: that the percentage of jobs in locally owned business is increasing; that the economy is becoming more diversified and self-reliant; and that local businesses are improving their triple-bottom-line performance. Better tools need to be developed to measure success for each of these criteria. For example, I developed “economic leakage calculators” for BALLE to measure second around the second criterion.   (BALLE and I are now in the midst of trying to update and upgrade these tools.)

(6) Test Self-Financing Programs – Speaking of BALLE and other local business organizations like AMIBA, I’m deeply worried that they have not yet developed for their networks even one good entrepreneurial model for supporting one or two staff. Instead, they encourage their networks to be good fundraisers with foundations and government agencies. When organizations promoting entrepreneurship act so un-entrepreneurially, they lose credibility. And members. The begging strategy has not been enough to keep many great networks – like Portland (OR) or Santa Fe (NM) – afloat. Rather than deploy a buy-local campaign made up of expensive billboards and events, we should embrace a self-financing local loyalty card like Supportland. These kinds of self-financing programs, by the way, are the focal point for a new book I’m writing for Chelsea Green.

(7) Focus on State Policy – For all intents and purposes, creative national policymaking has been choked off by bipartisan gridlock. But amazingly creative policies are being enacted at the state level, and that’s where we should focus our organizing. As noted in an earlier post, despite the SEC taking more than two years to implement the modest reforms of the JOBS Act concerning local investment, states like Maryland have moved ahead with more significant reforms. We need a clearinghouse for these reforms – not just in securities law but with respect to local procurement and local economic development generally.  I’ll try to perform some of that function here.

(8) Create New Alliances – The view of some critics of the local economy movement is that it’s populated by elite, white, upper middle-class snobs who can afford to shun Wal-Mart. In fact, my own work in this area began 20 years ago with the Kellogg-funded Task Force on African-American Men and Boys. It has since been embraced by impoverish rural whites in Appalachia, the Latino Caucus of the California State Legislature, and struggling communities throughout the world. Indeed, what really unifies locavores worldwide is a belief that mainstream economic development has failed us. That said, I believe our movement will thrive if we build bridges between principled conservatives and progressives. That’s how the JOBS Act passed almost unanimously in the House.

(9) Think Global – Our movement is global. Over the past three years, I’ve helped my friend Helena Norberg-Hodge organize conferences on “The Economics of Happiness” – rooted in her terrific film with the same name – in Berkeley, Byron Bay (Australia), and most recently Bangalore. Dozens of countries with vibrant localization movements have been represented at these events. And despite radically different cultures, languages, politics, and economies, we are united in our commitment to create a world of self-reliant communities. Every activist, every community, every grassroots group working on localization is morally bound to reserve some time and energy to reaching out to counterparts abroad.

(10) Take PRIs Seriously – Finally, since I was speaking to philanthropists, I offered some advice on how they might spend their money. Foundations must spend 5% of their corpus per year in grant. But if a foundation invests 95% of its assets in Home Depot stocks while it gives 5% in grants to promote local hardware stores, what’s it really accomplishing in the world? Foundations could investment more of their money in local business through program-related investments (PRIs), but don’t. Today, about one tenth of one percent of foundation money is invested in PRIs—a dismal number that hasn’t budged in more than a generation. This must change.

How does this list compare with yours?  Share your thoughts on what you think the localization movement needs.