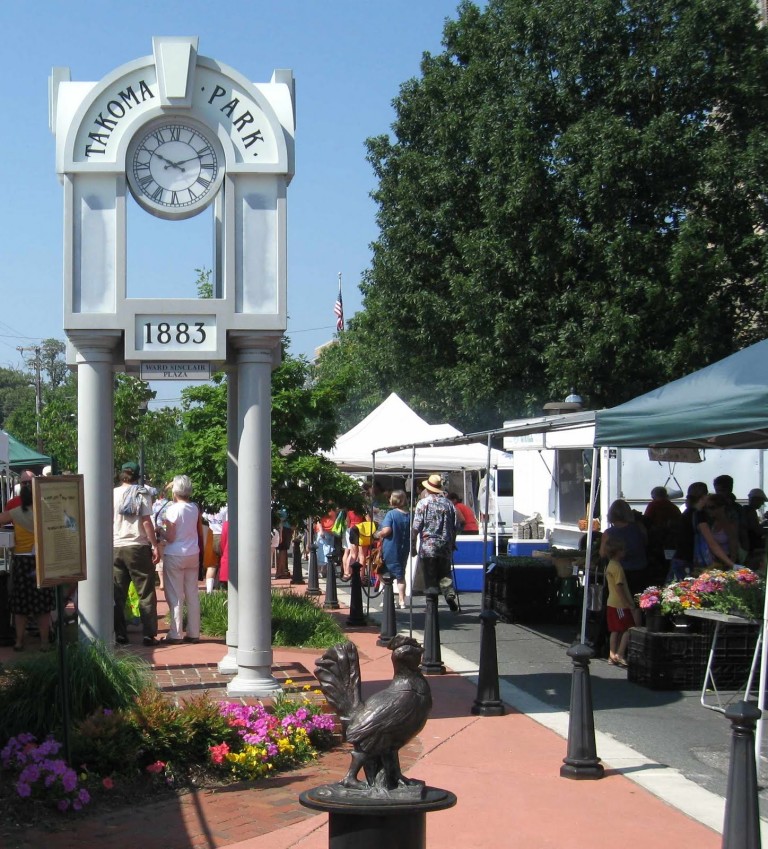 The analysis I summarized in the previous blog post generated numerous responses from the public, the City, and the developer.  One central theme of the responses has been skepticism over my contention that the City is subsidizing the developer, NDC. What follows are my further comments on the debate for the Takoma Park City Council: 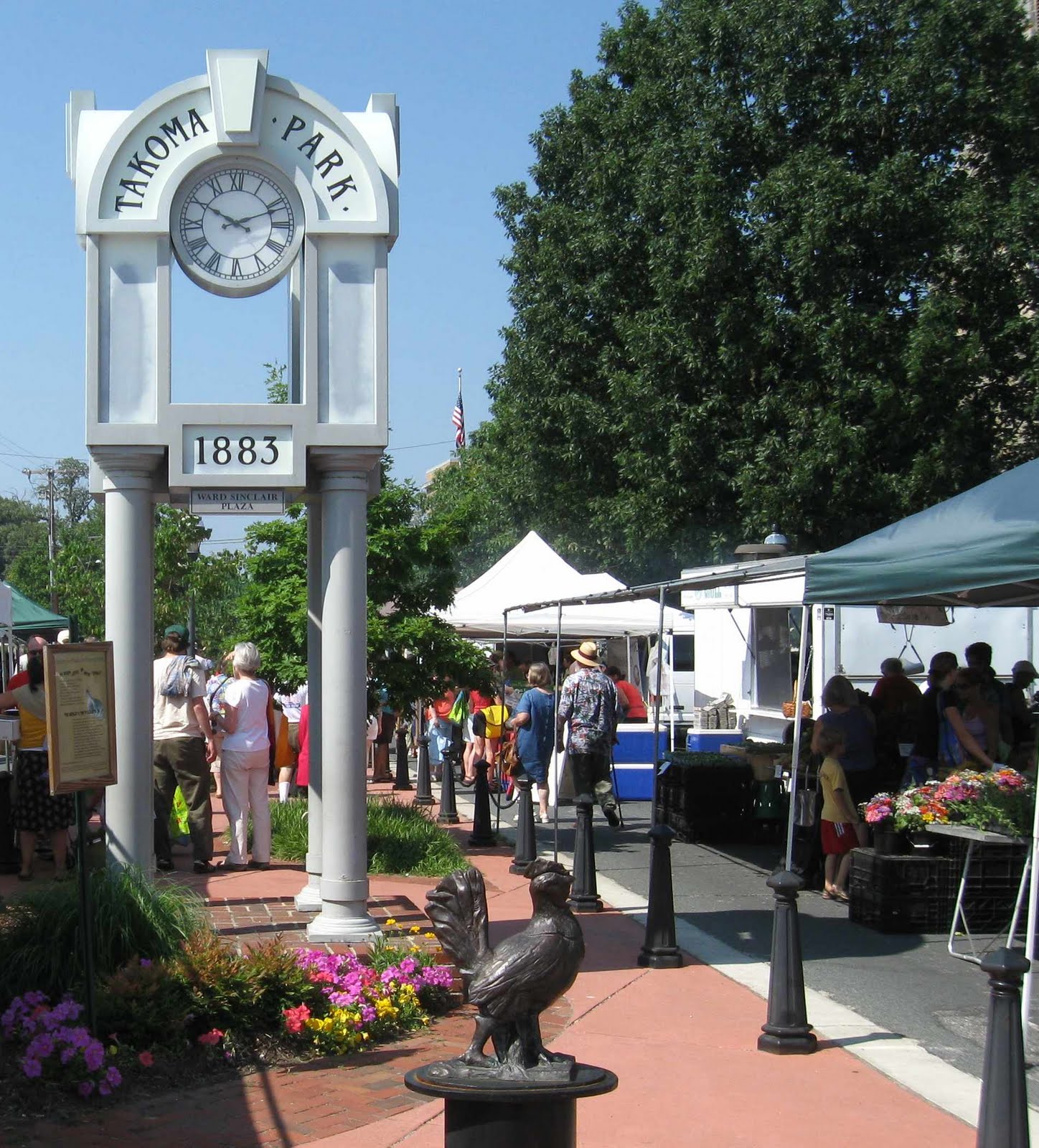 My preliminary answer was “yes.”  Compared to the lease given to the Takoma Park Co-Op, NDC was getting roughly $4.8 million of subsidized rent in the first 50 years ($1.8 million if a 5% discount rate were applied).

I consider this a good sign, because it suggests that the City and I are on the same page about first principles:  This is a project that should not be subsidized.  As I said in my original paper and elaborate below, it will generate ordinary benefits that almost any redevelopment project on the property would, and therefore does not warrant special municipal financing.

Where we disagree is whether a subsidy is occurring. My argument was that the best data point we have for what the market value of a lease should be is what the Co-op is paying for its portion of the property.  Given that the Co-op is currently paying $21,800 for a fifth of an acre, the implied lease rate for the entire lot is $158,000 per year. A simple spread sheet (download here) comparing NDC’s actual payments with this implied market rate, shows that over 50 years NDC is underpaying $4.8 million ($1.8 million if the payments are discounted).

Keith Kozloff, a resident with some background in economics, dismisses this argument: “When trying to price a house for sale, real estate agents look for ‘comps’, that is, dwellings with the same number of bedrooms, etc.  The rent paid by the Co-op is not a comp.”  The problem with Kozloff’s argument, as I pointed out to him in private correspondence, is that there is no reasonable comp in the area. The City owns no other pieces of undeveloped land remotely approximating the size and location of Takoma Junction.  Given that, the best indicator of property value is what one real-world business—the Co-op—actually is paying for its portion of the property.

But if you’re skeptical, let’s undertake another calculation.  The City says now that the appraised value of the property in 2018 is $2.2 million.  What would an appropriate annual lease be for a generic $2.2 million piece of property in our region?   As a renter, Zillow says the property I live in nearby Silver Spring (2203 Quinton Road) has an estimated value of $543,392 and estimated monthly rent of $2,550.  A year of rent is $30,600 or about 5.6% of the valuation.  If we apply this standard to Takoma Junction, the fair market lease rate should be $123,000 per year.

There’s a difference, of course.  My lease is just for a few years, not 99 years.  Shouldn’t a 99-year lease lower the rent?  In fact, economists say just the opposite.  A 99-year lease is effectively ownership and should command a higher lease rate.  As real estate guru Kundan Bhaduri explains, “[I]n order to gain access to the 99-year lease period, you pay a lease premium up front to the freeholder [the landlord].  This is to compensate the freeholder for the ‘loss’ arising from not having his freehold property back for the next 99 years.  This premium is calculated based on the current freehold value of the property, what ground rent the landlord might earn over the next 99 years, and potentially what capital growth the property might see over the next 99 years.”[1]

I won’t speculate on what the “capital growth” of the Takoma Junction project could be over the next 99 years, except to note that my subsidy calculation assumes that the current market valuation of $158,000 stays constant over the next century.  In other words, my calculation significantly understates the likely capital improvement and the likely size of the subsidy.

The City’s explanation – “the initial lease rate of $10,000 is within the range of market rents in the DC region based on the assessed value of the property” – defies logic and the evidence.

After a long, barely comprehensible discussion of subsidies, Keith Kozloff’s missive to the City Council suggests that because NDC will be doing more with the land than the Co-op, it deserves a lower rate.  That also seems to be the logic of the City, as well as one Council Member with whom I’ve spoken:  NDC deserves a lower rate to compensate it for the investment its making in the property.

This, however, is the textbook definition of a subsidy.  The City is lowering market lease rate of its property to induce construction and development.

But Isn’t the Subsidy Worth It?

In its recent “Questions and Answers,” the City provides a long list of benefits that the Takoma Junction will provide.

Some are exaggerated.  Sure, the project will stimulate some commercial activity, but it also may drive out the district’s anchor tenant, the Co-op.  It will add a tiny number of offices and retail establishments.  As I noted, even if the Plan fully realizes all the benefits NDC claims, it will expand the City’s job base by 2.3% and its tax base by 0.8%. If the Co-op goes out of business and other businesses shut down because of rising rents, these gains will evaporate.

The claim that these new businesses will be “locally owned” is wishful thinking, as I pointed out previously.  The vague terms of NDC’s agreement with the City still allow national chains to be tenants.

Ditto for the small amount of public space provided, which is still under negotiation.

The other benefits – better aesthetics, stormwater management, environmental cleanup, etc. –would be generated by any responsible tenant of the land.

Some have misread my previous analysis as suggesting that the project carries no benefits.  What I said—and still maintain—is that the benefits are real but unextraordinary.  And certainly not worthy of a $5 million subsidy.

But What About the Tax Benefits?

If the City were being dispassionate about this project, it might acknowledge that NDC’s original claim of generating $200,000 of taxes per year was inflated by at least a third. Instead, the City and NDC won’t admit to the simplest of errors.

The City takes me to task for suggesting that the personal tax is legally based on the number of employees —something I never wrote.  What I did write, and maintain, is that there’s no evidence that NDC’s project would generate eight times more tax dollars than other businesses in the City.

As I suggested previously, the City would be smart to rewrite its development agreement with NDC to include five provisions:

While I applaud the City for striving not to subsidize NDC, I encourage you to be honest about the subsidy you seem committed to providing.  The hallmark of good government is transparency about government spending.

If you continue to insist that the market rate for leasing the property over the next ten years is $20,000 – instead of the $158,000 implied by the Co-op’s lease and other evidence – let me add a sixth recommendation.  Give the Co-op tax breaks over the next decade equivalent to what you apparently have overcharged it over the past two decades.  If NDC can lease the property over a decade at the same rate that the Co-op paid for one-seventh of the property, basic fairness suggests that the Co-op should receive several hundred thousand dollars in rebates from the City.

[2] Some readers were uncomfortable with my recommendation that NDC only lease to companies owned by Takoma Park residents.  If that’s the case, then simply put explicit language in agreement that NDC is prohibited from leasing to national chains.

32 thoughts on “More on Takoma Junction”