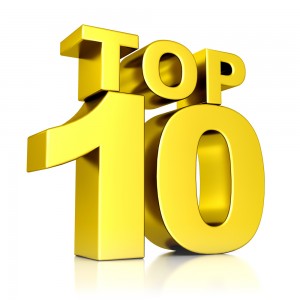 Over the past year probably a dozen current or aspiring state legislators have asked me for advice on what kinds of legislation they might advocate that could support local living economies.  While there’s a long list that comes to mind, here are my top ten items.  (I’ve excluded from this reforms related to community capital and investment, which I will post in a separate blog piece.)  In case you don’t quite make it to the end, I welcome additional ideas in the comments section. (1) Local Economy Annual Report – For starters, the state should produce an annual report of how different counties and municipalities are performing by local-economy standards.  For example, it would be particularly valuable to know:

– the percentage of jobs in locally owned business in every one of the 1100 sectors of the North American Industrial Classification System (NAICS), preferably by zip code;

– the purchasing-dollar and investment-dollar leakage in local economies, sectors by sector and by zip code;

– the percentage of businesses evaluating themselves through some triple-bottom-line standard, like the B-Corporation survey;

– the five-year survival rate of new local business; and

– the percentage of state business money going to local business (as opposed to outdated attraction and retention policies).

(2) Local Economy Data – To produce this annual report, the state will probably have to generate new data sets—beyond what’s available from federal sources.  For example, a more nuanced and current listing of what types of jobs existing – including often hidden home-based jobs – could be derived from state tax filings.  From these data, local leakage estimates could proceed.

(3) Entrepreneurship Networks – Those of us who favor limited government still see an important role in state government not only in gathering information (as above) but in organizing networks.  Particularly important is for a state to create networks that support entrepreneurship that supplement the often weak and limited networks of Small Business Development Centers.  For example, they could create, as the Indian state of Kerala did, statewide networks of retirees to mentor entrepreneurs, organized by sector.  Or they could create a database of exemplary small businesses in every NAICS sector which could provide other entrepreneurs with insights about the ingredients for small-scale success.

(4) Selective Procurement – State and local procurement laws need to be fundamentally overhauled to improve the participation of local bidders.  A few state and local procurement systems award across-the-board preferences to local businesses, but these I fear will ultimately be held unconstitutional and in violation of our trade obligations.  A smarter approach would build on the accepted concept of full-cost accounting—and start accounting for the tax dollars received from contracting work.  The more a contractor re-spends within the state, the more tax-credit a bidder should duly receive.  Objective formulas rooted in multiplier analysis could be deployed.  This will lead states to truly achieve lowest-cost bids—and lead to a boom of local business.

(5) Economic Development Reform – All subsidies for nonlocal business should be banned, since this method of “economic development” has been widely disproven.  It’s really just a method of organized extortion, bribery, and political corruption.  Personally, I’m sympathetic to both the libertarian and good-government pathways for getting to this point.  Under the libertarian path, we would ban all business subsidies across the board, and states and localities would instead focus on entrepreneurship support (see above).  Under the good-government path, we would subject every subsidy to a fair bidding process.  I have no doubt that if local businesses can bid fairly for government grants and tax breaks, they will almost always be offering more jobs for less than global companies.

(6) Land-Use Reforms – In addition to the great recommendations from smart-growth advocates – for denser growth, for multiple uses of land, for mass transit – I would legislate an end to almost all local prohibitions on home-based business.  People should be allowed to use their homes commercially, including their kitchens, and their good citizenship should not be punished with ridiculous fees, licenses, and taxes.  Moreover, people should be allowed to use their land to grow food, raise chickens, and bee-keep.  Some form of a Henry George tax also should be imposed that penalizes land holders that leave their parcels idle for speculation.

(7) Economic Impact Statements – While I’m not a fan of outright bans on nonlocal business (we can and should win by competing more effectively), I liked Maine’s Informed Growth Act requiring major commercial developments to commission independent economic impact statements and allowing communities to nix adverse projects.   We should allowing mall developers and big box stores to take advantage of various quirks in the law to destroy the social fabric of downtowns and existing local business.  This law, initially promulgated by Stacy Mitchell at the Institute for Local Self-Reliance, was only in effect for two years and was effectively shut down by misguided legislators in 2010.  It should be brought back in Maine and reintroduced everywhere.

(8) Green Taxes – A growing number of economists, conservatives and progressives alike, have come to understand the logic of replacing existing state taxes with green taxes.  Existing taxes like income, property, and sales taxes irrationally penalize things we want more of.  We should shift to tax things we want less of.  We already do this with taxes on tobacco and alcohol.  But we should add them to fossil fuels, nonrenewable energy, pollution, even firearms.  The smartest way to implement these taxes is to retain revenue neutrality – that is, every new dollar of green tax reduces other taxes by a dollar.  A smart state mightl begin to set up this framework with a very low tax, as British Columbia did, and when the vexing administrative bugs are worked out and the political heat lowers (“How dare you tax my SUV!”), a larger tax shift can proceed.

(9) Sharing Economy – As work by the Sustainable Economy Law Center (SELC) underscores, there’s a revolution in sharing everything from cars to bicycles to tools that demands a similar revolution in all kinds of state laws.  I’ve already discussed some of these changes, with respect to home-based businesses and local food.  Other areas ripe for reform are housing and energy.  The growing desire to share housing means that many zoning restrictions – requiring per resident a certain amount of space or parking space, or limiting the number of unrelated adults who can live in a house – are obsolete.  Creative financing of solar and energy systems might allow non-residents to invest more easily in the apartment building down the street.

(10) Lobbying National Government – Finally, while most of these measures can be done in U.S. states with no changes in federal law, a few areas might require concomitant federal action.  For example, a court could find that “green taxes” on the import of outside goods might violate the Constitution’s protections of interstate commerce.  The solution would be for Congress expressly to permit local green taxes.  To accomplish these changes, it’s important that states do more than just hope that Capitol Hill listens.  They need to invest in aggressive lobbying, just like the private sector does.

Let me know what you think of this list in the comments section below.  Which items might you tweak?  Which ones might you add?  And I’ll publish new, upgraded versions periodically.