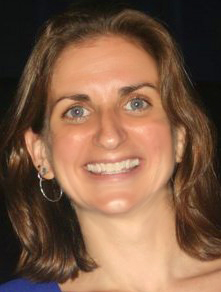 I’m pleased to report that crowdfunding reform has just reached an important milestone in the state where I live—Maryland.  Legislation just passed by the state legislature and signed by Governor Marty O’Malley now allows every Maryland resident to lend up to $100 to any local business with virtually no legal hassles whatsoever.  The fact that neither expensive legal documentation nor a cumbersome intermediary “portal” is required is, frankly, revolutionary.

In 2009 I laid out the rationale for a $100 exemption for small securities offering in an article I wrote for a journal published by the Federal Reserve of San Francisco (“Local Stock Exchanges & National Stimulus,” Community Development Investment Review 5:2 (2009), pp. 81-84.)  That article led to a formal rulemaking petition submitted to the U.S. Securities & Exchange Commission by the Sustainable Economies Law Center, which drew several hundred letters of support.  This was one of several initiatives that Congress responded to when it passed the Jumpstart Our Business Startups (JOBS) Act, signed into law by President Barak Obama in April 2012.

Here’s a short summary of the arguments for the $100 exemption:

*      A growing body of evidence proves that local small businesses are key to a region’s economic prosperity.  A paper published by the Federal Reserve in Atlanta this past September (Anil Rupasingha, “Locally Owned”), for example, found that “local entrepreneurship matters for local economic performance… the percent of employment provided by resident, or locally-owned, business establishments has a significant positive effect on county income and employment growth and a significant and negative effect on poverty in the all counties and non-metro counties sampled.”

*      Local small businesses are highly competitive.  The percentage of jobs in local business, when home-based and self-employed businesses are property counted, has grown over the past decade.  American and Canadian data suggest that their profit rates, moreover, are superior to those of Fortune 500 companies traded on the national stock exchanges.

*      Even though locally owned businesses account for half the economy, they receive a trivial fraction of the commercial credit from banks and almost none of the $30 trillion Americans have in long-term savings (stocks, bonds, mutual funds, pension funds, and insurance funds).

*      All these data underscore the huge barriers local business face obtaining capital.  It represents a huge capital market failure. Closer analysis highlights that major responsibility for this failure are outdated securities laws that have created a condition of “investor apartheid.”  The top 1% of Americans in wealth and income can invest in anything, anytime, no questions asked, while the other 99% can only invest in companies that have paid lawyers $25-100,000 for compliance documents.

*       A $100 exemption to these onerous filings is a modest, but important, step in the right direction.  The level of risk associated with a $100 investment is no more onerous than a dinner for two at a new restaurant.  Moreover, risk is limited because the law is focused on small capital infusions (<$100,000) into local businesses where the owners and investors are likely to have a personal relationship.

The JOBS Act, as introduced by Representative Patrick McHenry (R-NC), started with this vision of lawyer-free opportunities for grassroots investment, except that he and his colleagues in the House raised the exemption to $10,000.  Democrats in the Senate freaked out, reduced the exemption to $2,000 (though it’s greater as an investor’s income rises), and decided that the whole processed needed to be “lawyered up” to prevent fraud.   They insisted that crowdfunding proceed through licensed portals, which would review documents (with their attorneys) and require financial documents (with scrutiny varying by the level of finance sought).

The JOBS Act is still being finalized – almost two years past the original deadline given to the Securities and Exchange Commission – so no one knows for sure what compliance will cost a small business.  My best guess is that portals will charge at least $5-10,000, which is better than the status quo, but not much better.

It’s in this context that the importance of state securities reform initiatives should be understood.  Several states, like Georgia, Alabama, and Kansas, expressed exasperation with the slow and reluctant implementation by the SEC, and basically implemented versions of the JOBS Act immediately for intra-state offerings (that is, local securities sold by local business to local investors).  Future blog posts will elaborate these state reforms and suggest future directions for them, but I’d like to make one point about them here.  Except for Maryland, every single reform still requires some form of lawyering to “paper” the transaction.

The whole point of the $100 exemption proposal is that there should be some de minimis level of investment where we can tell the lawyers to take a hike.  In consumer transactions, sellers and buyers are allowed to enter “as is” deals that circumvent massive, complicated regulations around warrantees.  Why not something similar for small investment transactions?

When we’re talking about $100 or less, no one is trying to get rich.  And no one can possibly lose his or her shirt.  It’s really talking about a variation of philanthropy.  Except there’s an up side, if the company succeeds.  Also, at such small levels of investment, the investor and company are likely to know each other well, which is probably the best possible safeguard against fraud.

While there are many people who should be credited with implementing this idea in Maryland, I’d like to call out for special commendation Lorig Charkoudian, director of Community Mediation Maryland, based in nearby Takoma Park, who engaged me for some details about the idea and literally ran with it.  With Lorig’s prodding, I submitted testimony for the law to both chambers in Maryland, where I’m pleased to report that it encountered minimal resistance.  In my testimony, I said that my only reservation is that the law covers only debt transactions, not royalty or equity transactions.  I remain hopeful that this will be fixed next year.

If you live in the DC area and interested in learning more about this bill, you should come to a community forum in Takoma Park on the evening of Thursday, May 1.  Details can be found here.

1 thought on “Lawyer-Free Crowdfunding in Maryland”