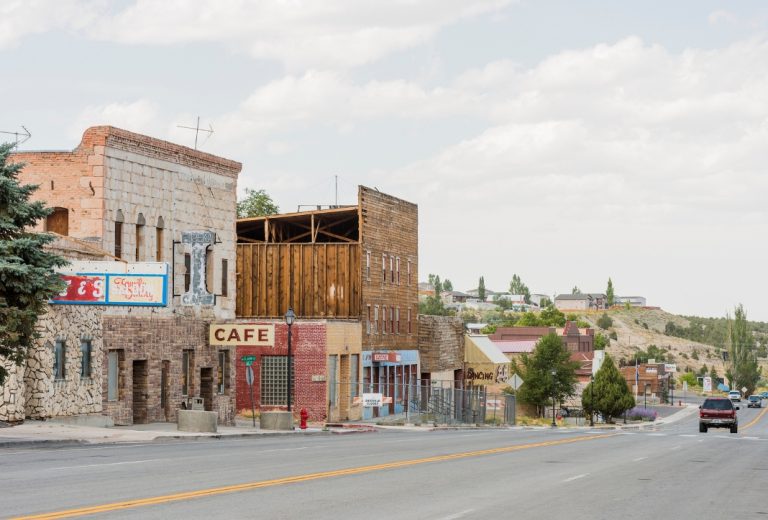 If you believe the portrait of rural America depicted in the Netflix film Hillbilly Elegy, you might conclude that its residents are hopelessly impoverished, addicted, and depressed. That’s also the view of Eduardo Porter in “The Hard Truth of Trying to ‘Save’ Rural America,”  whose much-discussed piece in the New York Times argues that the economic decline of rural America is so severe and irreversible that it may be better just to write it off and encourage its residents to move into nearby cities.

Yet as Mark Sappenfield writes in the Christian Science Monitor, a far better representative of rural America is Cassie Chambers Armstrong:

“Ms. Armstrong is author of Hill Women, which chronicles the generations of strong, resourceful Appalachian women who helped her on her way to three Ivy League degrees. ‘The impression is that it is so broken that it can only be saved if outsiders swoop in to rescue it,’ she tells me. But Appalachia ‘has all the skills it needs to solve its own problems.’”

I met another incredible rural woman about six weeks ago in rural North Carolina. Judy Carpenter, an award-winning trap and field shooter, is now investing her life savings into creating a model sustainable agriculture destination called Lucky Clays Farm. She invited me to lead a workshop on “Healing the Urban-Rural Divide.”  I suggested to a room full of socially- distanced state and local economic developers that Stanly County, the rural locale we were in, should pursue a bunch of mutually beneficial projects with the fast-growing city of Charlotte, an hour’s drive west.  Among them:

These kinds of projects, I suggested, not only would increase regional prosperity but also much-needed social harmony and understanding.  The Cook Political Report recently published a provocative piece entitled “Density as Destiny,” noting that Bloomberg/CityLab has performed a preliminary analysis of  the November election and found a political tipping point at 700 people per square mile.  Rural counties with fewer than 500 residents per square mile were reliably Republican, while urban counties with over 1,500 residents per square mile were reliably Democrat.  Those in between, suburban and exurban counties, were purplish and up for grabs politically.  Regional efforts to bring together urban and rural neighbors can thus begin to heal the gaping political wounds in our country.

Honestly, I’ve long been pretty skeptical of regionalism.  Most regional bodies promote the worst kinds of economic development, like heavily subsiding corporate attractions, and lack the democratic checks and balances that characterize local and county governments.  But regional projects that involve localities working together on focused and transparent initiatives are more promising.

Not a few progressive urbanites think this is a fool’s errand. But they are ignoring clear signs of vitality in rural America.  Internet connectivity is reaching more households and businesses. The average age of farmers is finally declining as more young people choose to become local-food farmers.  Water quality is improving. Recent immigrants, unable to find affordable housing in cities, now diversify once all-white rural communities.  According to the 2016 Census, rural households had higher rates of home ownership, more stable families, and lower rates of poverty than their urban counterparts.  Little wonder that many rural counties (not all, of course) are experiencing a significant growth in population.

In preparing for my Lucky Clays talk, I read several books by North Carolina’s celebrated demographer, Michael L. Walden, a professor at North Carolina State University.  His work documents the transformation of North Carolina from a mostly rural state to an increasingly urban one.  In his 2008 book, North Carolina in the Connected Age, he ends a chapter on the state’s future with a series of questions:

“Will retail outlets become obsolete as online shopping becomes more sophisticated?  Will shopping malls become ghost towns, and if so, could this change improve traffic congestion but decimate local governments’ property tax revenues?  Will further breakthroughs in communications and virtualization turn the home into the workplace, thereby dramatically reducing commuting costs for millions of workers?  Could improvements in online education replace lecture halls as the way millions of college students learn and thereby save the state government billions of dollars in spending to construct and maintain college buildings?”

Yes, yes, yes, and yes.  But the driving force is not just technology, as Walden predicted, but COVID-19.  The pandemic has fundamentally turned upside down the way we organize our buying behavior, our work lives, and our educational institutions. Don’t expect things to return to “normal” once vaccines are distributed.  We have all learned lessons this past year about simplifying and improving our lives by staying at home more and deepening our roots in our communities.  And these lessons, I would argue, will incentivize more of us to participate in urban-based businesses by living in rural settings.

Fifty years ago, rural communities were strictly defined by industries based on their natural resources—farms, fisheries, forestry, mining, and tourism. A few support services grew around the workers and companies in these industries, but if the big mining company or paper processor that anchored the industry shut down, usually the entire economy collapsed.  These communities were fragile, undiversified, and impoverished.  Even Jane Jacobs insisted in her Economy of Cities that these communities were little more than “supply regions” for cities.

Today, many of these same communities are experiencing a renaissance, as is apparent in Norwood, North Carolina, where Lucky Clays Farm is located.  Rural regions now can provide early-stage entrepreneurs with low-cost housing, commercial space, and internet connectivity.  They can offer a lower cost of living to retirees, who then bring their substantial pension, Social Security, and Medicare payments into the local economy.  For urbanites who have had it with crime, failing schools, and dirty air, resettling in these communities is a chance to reset their lives.  A growing number of us will embrace rural as places we love where we can reshape our professional and work lives to serve our quality of life.

None of this is meant to diminish the many challenges rural America faces. Compared to urban areas, for example, rural communities struggle for decent access to health care and in-person education.  But the biggest challenge rural communities face, I would argue, is contempt and condescension from snooty urbanites.  Whether you are a city mouse (as I am) or a country mouse, please consider reaching out to the other side of America. Our future as a nation depends on it.

3 thoughts on “The Rural Renaissance”