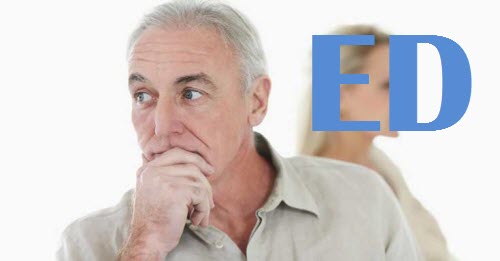 ED.  Everyone’s got it, and no one wants to talk about it.  I’m referring, of course, to the wonderfully loopy world of economic development.  While no blue pill can cure it, you might be able to help. Below are ten common phrases used by economic developers that suggest they are on the wrong track. If you hear any of them, politely engage your ED friends and try to nudge them in a better direction.

(1) “Attract and Retain Business” – This is how most economic developers define their mission, and it reveals that they are comfortable ignoring locally owned business.  You cannot attract a local business—that’s an oxymoron.  And if you have to pay some kind of bribe to “retain” a business, how deep are its roots in your community?  Given that 60-80% of the U.S. economy is made up of locally owned businesses (depending on how you define local), an economic developer reciting this phrase basically is admitting that he or she does not care about most of your economy.  Very dumb.

(2) “Ownership Doesn’t Matter” – This explanation is one way economic developers excuse their infatuation with nonlocal businesses.  Their belief is that all jobs—whether in locally owned or foreign owned businesses—are alike.  Why bother nurturing growth in small businesses, they argue, when we can attract a new factory with 1,000 jobs?  The problem is that a mountain of evidence shows that local businesses typically generate 2-4 times the “multiplier effect”—indirect income, wealth, jobs, and taxes—than similar nonlocal businesses.  Communities teeming with local businesses have been shown to have less poverty, fewer environmental problems, stronger civil societies, and greater levels of voting and volunteering.   Local businesses are what draw tourists and the “creative class.”  By ignoring local ownership, economic developers are wasting precious time and money—your money, by the way—on the businesses least likely to generate real economic development.

(3) “Bring New Money Into the Economy” – Economic developers focus on attracting exporting industries, because supposedly they bring new dollars into the economy.  Local businesses, in contrast, don’t matter because they are just recirculating old money.  This is complete nonsense.  Every time a local resident or business purchases a nonlocal good or service, dollars leak out of the economy.  Expanding local businesses to capture those dollars effectively brings more money into the economy.  A dollar retained through localization does as much good as a dollar earned through exporting.

(4) “Focus on Manufacturing” – Economic developers believe that the key to prosperity is the production of materials and goods, which includes manufacturing, wholesaling, warehousing, and shipping.  That’s what they call the “base economy.” Everything else is secondary.  There was a time when that might have made sense—like the 1950s and 1960s when households spent most of their money on goods.  Now we spend 70% on services.  And there’s no coherent reason why a dollar spent on a local service, like health care or a mortgage, is less important than a dollar spent on local toothpaste.  Some economic developers counter that manufacturing pays more.  Wrong.  Today, manufacturing wages are almost even with all service providers, and the wages in financial services and information services are significantly higher.

(5) “Develop World Class Sectors” – Assuming that prosperity depends on exports (the “new money” myth), economic developers want to create a small number of globally competitive sectors.  Where I live, in Montgomery County, Maryland, one sector de jour is pharmaceuticals, because of the proximity of the National Institutes of Health (NIH) and the Food & Drug Administration (FDA).  There’s nothing conceptually wrong with this strategy—world class exporters can and do generate local wealth—except if you focus on them and ignore the other principles of prosperity.  Locally owned exporters are better than outsider owned exporters, so you want to grow these firms indigenously rather than attract them.  And if you throw economic-development time and money at “world class” exporters rather than local businesses, you may be hurting the vast majority of your businesses to benefit a few.

(6) “Support the Best and Brightest” – Sure, every community can benefit from another Steve Jobs or Bill Gates, which explains the obsession with finding, nurturing, and supporting the “best and brightest” as entrepreneurs.  Accordingly, economic developers set up, often with top-dollar universities, entrepreneurship courses, mentorship networks, incubators, accelerators, maker spaces, and innovation districts.  What they forget is that Jobs and Gates both were college dropouts.  Many of the best entrepreneurs are totally off the mainstream radar screen.  Innovation can be an immigrant-run grocery store, for instance, or a new design of a community health center.  How can we engage the entrepreneurial energy of young people, retirees, people with disabilities, or those recently released from prison?  We need to broaden our lens about what constitutes talent, to ensure that economic development synchs up with social justice, equality, and democracy.

(7)  “What’s Placemaking?” – Economic developers focus on jobs, jobs, jobs. But when someone asks them to help create  beautiful parks, vibrant downtowns, or local food hubs, they direct you to go down the corridor and talk with community development, parks, or planning.  In fact, placemaking is one of many cutting-edge strategies for creating jobs.  So are energy- efficiency, buy-local campaigns, and community capital initiatives.  Like Charlie Chaplin in Modern Times who spends all day turning screws on a rickety assembly line, economic developers have trouble letting go of the outdated concepts of job creation.  Engaging the public is one way to expand thinking about needed new businesses.

(8) “Don’t Bother with Lifestyle Businesses” – The term “lifestyle business” is a description of many business proprietors—dentists, retailers, party clowns—who are assumed to be comfortable with keeping their businesses small.  Why waste economic development resources on businesses that have no interest in growing?  In fact, most of these proprietors would love to grow—but they don’t have access to the capital markets that could help them grow.  Businesses should be described by their sector, not by biased assumptions about their motives.

(9) “Measure Success with Venture Capital” – No, measure failure this way.  The mission of venture capital is to destroy local business—either by taking successful firms public or by killing firms that don’t reach target growth rates. Moreover, the chance of a dollar of venture capital touching any business these days in under one in a thousand.  A better measure of economic-development success is how much grassroots capital is going into local businesses.  In the four years since investment crowdfunding has been legalized, about half a million Americans have put $340 million into local business—and the number is growing (last month was the best crowdfunding month on record).

(10) “Support Every Business” – If only.  Every economic development office has limited staff, time, and money, and must prioritize how resources are allocated.  Right now your economic developers are prioritizing the wrong things—nonlocal manufacturers, “world-class” exporters, and the “best and brightest” (white males)—and, worse, they probably have not being very transparent about it.  My suggestion is to create a publicly driven prioritization process that favors businesses that are locally owned, plug economic leaks, pay great wages, and tap a wide range of talents.  Every hour and dollar spent on the wrong priorities is unavailable for the right ones.

As George Orwell once said, “[T]he slovenliness of our language makes it easier for us to have foolish thoughts … if thought corrupts language, language can also corrupt thought.” If we can clean up the language of economic developers, then perhaps, just perhaps, we have a shot at improving the practice.