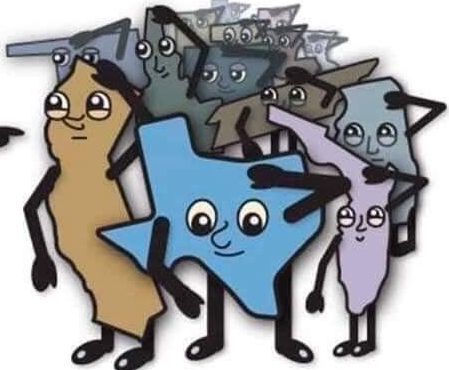 Everyone knows that the three, multi-trillion-dollar stimulus bills passed by Congress fall way short.  For most local businesses—the lifeblood of our economy—these bills offer too little relief, too late.  I’m hopeful though that the states (and maybe, in some places, counties and cities) can rise to the challenge of saving these businesses.  Now is the time for your governor and state legislators to think big.

I’ve consequently prepared this long discussion essay of twelve legislative measures for you to e-mail or hand out to your favorite politicians.  Please share broadly today.

Let me say at the top what’s not on my list:  Your state should not just push more money out the door.  There are dumb ways of jump-starting economies, which are expensive and create long-term problems of debt and inflation, and there are smart ways.  My list below is made up exclusively of no-cost or low-cost items that state politicians of any ideological stripe should have no problem embracing.

(1) Dismantle All Traditional Economic Development Incentives—Let’s start with a money saver, because your state will need all the funds it can get.  Incentives are almost entirely about the attraction and retention of nonlocal businesses that are irrelevant to your economic future.  Nonlocal businesses are the ones least likely to have any positive impact on your local economy.  My review of the relevant studies in Local Dollars, Local Sense shows that when you compare two similarly sized businesses or industries, one locally owned and the other not, the former generate two to four times the jobs, income, and wealth.  The federal bailout programs foolishly fail to focus on local businesses, and your state should not make the same mistake.

(2) One Year Income Tax Holiday – Give every locally owned business a one-year holiday on state and local income taxes. This is administratively simpler than doling out grants.  It will give every local business a shot at recovery post-COVID. Honestly, I would like to see these taxes removed permanently, and replaced with taxes on carbon, pollution, and other nonrenewable materials—but that’s a fight for another day. The fiscal impact of this recommendation is modest.  According to the Tax Policy Center, corporate income taxes now make up only 2.4% of state revenues.

(3) Allow Local Currency Experiments – During the last Great Depression, communities around the United States jump-started their economies through their own currencies.  Local scrip is essentially a local stimulus, because it will only be accepted by local businesses sufficiently plugged into the local economy to re-spend it.  Every dollar of local currency spent has a higher multiplier effect than a normal dollar.  For a good model of local currency in action, see the BerkShares program in Western Massachusetts. These models are legal everywhere, but to have the strongest possible impact, they also need the participation of local government.  In the 1930s, Philadelphia partially paid municipal workers in home-grown scrip and allowed citizens to partially pay their local taxes in it.  Ask your state to give permission to local governments to implement a program like this.

(4) Create a Public Bank – For more than a century, North Dakota has run its own bank and since 1945 has generated more than a billion dollars of income for the state.  Many activists have focused on its banking services, hoping to put private banks out of business.  Far more important, I would argue, is the way the Bank of North Dakota boosts locally owned private banks and credit unions.  Money any state collects from taxpayers and from the federal government, before being spent, has to be parked somewhere.  North Dakota deposits it at local banks and credit unions, expanding lending opportunities for local businesses.  Tell your governor to ignore the lobbyists from big banks, who detest the idea, and set up a public bank immediately.

(5) Overhaul Public Procurement – Your state’s agencies are among the most important “anchor institutions” in your economy.  The way procurement works now—ignoring the local multiplier effects of various bidders—is guaranteed to lead to economically detrimental decisions.  Local bidders should be fairly credited with their extra contributions to state jobs and taxes.  Insist that every contract bidder specify the minimum percentage of the contract that it pledges to re-spend in-state.  Those that promise higher in-state spending would be credited with the additional benefits they generate for the state.  This administrative change will help stimulate your state’s economy.

Recommendations number 6-12 are all about moving trillions of dollars from Wall Street (which has once again become radioactive) into the revival of your local businesses.  Household financial assets are north of $50 trillion.  Moving even 5-10% of the pension savings of your state’s residents into local businesses will provide the best stimulus imaginable.

(6) State Investment Tax Credit — Tax credits exist in many states for many purposes, but none are designed to facilitate local investing by unaccredited investors. A great example can be found just above the US border. The province of New Brunswick, which abuts the state of Maine, recently passed a tax credit to promote local investment. For every dollar they invest locally, residents get fifty cents off their provincial tax bill. There’s no reason US states couldn’t pass a tax credit like New Brunswick’s. In fact, several state legislators are already drafting pieces of legislation to do this. How about yours?

(7) Neighborhood Investment Funds – Twenty years ago another Canadian province, Nova Scotia, gave its communities permission to create local pension funds.  Today there about 70 of these funds operating.  Your state should do this as well.  Pass a bill and then formally ask the Securities and Exchange Commission for a “no action letter” that provides an exemption from the onerous Investment Company Act of 1940.  Brian Beckon of Cutting Edge Capital also has formally asked the SEC for several rule changes that would permit community investment funds.  Once that permission is granted, help every community in the state can set up a fund.  (I recently co-wrote a handbook with Brian, Amy Cortese, and Janice Shade on these funds that might be helpful, which you can download here.)

(8) Investment Information Clearinghouse – Create a new state agency that evaluates local business securities and makes that information available to investors. Sooner or later, this will probably be done privately—as Moody’s or Standard & Poor’s do for big companies—but we need some early models to get things moving now.

(9) Expand Investment Crowdfunding – Check what your state has done with crowdfunding. Is your state one of the dozen, like California or New York, that hasn’t legalized it yet? Even in states that do allow local crowdfunding, much more is possible. Raise the limits on the amount a company can raise ($10–20 million seems right) and the amount unaccredited investors presumptively can give (some states allow up to $10,000 per year). Sound the rams’ horns to break down the Jericho-like walls that keep grassroots money away from local businesses.

(10) Liberalize States Crowdfunding Portals – States have impeded intrastate crowdfunding through their rules governing “community portals,” where local investors and businesses do transactions in legally compliant ways. The SEC now allows portals licensed under federal crowdfunding law to be run by anyone, and these portals can charge a success fee, which pays the bills and allows them to be viable businesses. Oddly, most states don’t allow their portals to collect success fees right now, clinging to an old rule that only broker-dealers can do that. This is, frankly, little more than a protection racket for the broker-dealer profession that needs to be broken up. Until that happens, state crowdfunding platforms—unlike their national counterparts—are left with unworkable business models.

(11) Allow Local Investors and Businesses to Speak Freely – Securities law is filled with absurd limits on what companies can and cannot say to establish relationships with potential investors. For example, I cannot put up a website identifying local businesses that I personally believe might be good investments.  These laws were conceived in an era when long-distance communication was mostly transacted by telegraphs and mail. The Internet has democratized the flow of information, and the time when little gnomes in securities departments can control that flow by issuing “permission slips” for sharing information, company by company, is over. Allow local companies and people to talk with one another about anything, any time. We’re all adults now. Fraudulent claims and misrepresentations would still be prohibited and actionable. But if you’re sharing truthful information about your business with potential investors, this is a wonderful relationship to be celebrated—not a problem to be squelched.  Once you change these regulations, intrastate investing will flourish.

(12) Education – Your state should provide grants to grassroots organizations that are prepared to teach residents how to become prudent, successful local investors.  And how they can use Solo 401ks and Self-Directed IRAs to reinvest their pension funds locally right away (which is the subject of my forthcoming book, Put Your Money Where Your Life Is). It’s stunning how few businesses and people actually know about emerging local investment options. The many tools that states have used to discourage smoking or drunk driving—billboards, bus-stop signs, conferences, curricula, social media—should be deployed to encourage local investing. We all need to spread the word, and your state’s support can speed things up.

Please note again that almost all the items on my list cost little or nothing.  Changing the rules of the game for local investors and public procurement, for example, is free—and will generate huge long-term payoffs in your state.  Dumping dumb incentive programs saves public money immediately.  A well-designed public bank should generate income.  Most of the other cost items, like public education, are small potatoes.

If ever there were a time for out-of-the-box thinking, now is it.  Too many of our critically important local businesses will emerge from COVID-19 as corpses.  We need to act quickly to install these economic paddles to get their hearts beating before they perish forever.

Please add your thoughts below.

11 thoughts on “A Dozen Asks for Your Governor”