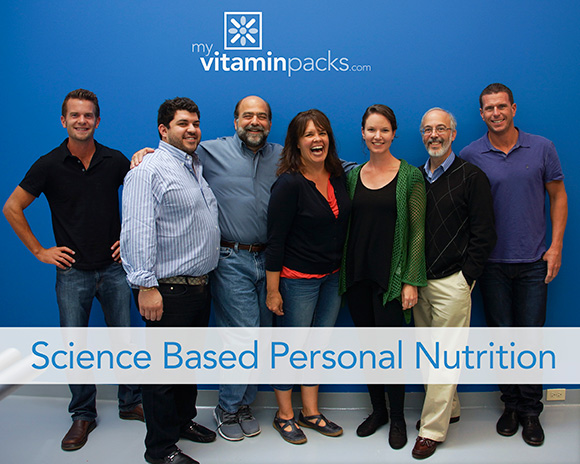 Over the coming weeks, the long-awaited green light from the Securities Exchange Commission will usher in a new era of crowdfunding in the United States.   But a surprising new development in the field  is that many companies may turn to crowdfunding, not just for to raise capital, but to raise their profile. My friend Jason Brown, based in Seattle, is a classic serial entrepreneur.  He has several successful small natural products companies under his belt, including Dr. Andrew Weil’s “Natural Apothecary” and Organic to Go, and a couple of startups you probably never heard of.  I first met him two years ago as he was swimming salmon-like upstream against the awful currents of the recession to develop a grocery store in downtown Bellevue called Your Local Market.  About a month ago, I reconnected with him and learned that he had launched a new venture called VitaminPacks.  And what impressed me was the way in which he was using crowdfunding as a tool for strategic marketing.

Before I explain his crowdfunding campaign, let me share a little about the company.  VitaminPacks prepares daily vitamin packages, using pharmaceutical grade nutritional supplements, based on personal information it gathers from its customers.  The intake survey, which is free, helps consumers take advantage of the best science-based information about what does and doesn’t work, and creates personalized “packs” containing more than a hundred vitamins, minerals, and supplements based on their age, gender, build, health history, and prescription medications.  The company then home-delivers these packs for about $1.50-2.25 per day.

While I’m hardly a health fanatic, I immediately understood the company’s value proposition.  If you open up one of my upstairs closets too fast, several dozen vitamin bottles could fall on your head.   At different times in my life, I have been passionate about in one supplement or another.  So in my 20s, when I admired Linus Pauling, it was Vitamin C.  In my 40s it was essential amino acids to deal with “geographic tongue.”  Now, thanks to my physicians pleading, it’s Vitamin D.  Many of these bottles are expired and gathering dust.  Frankly I can’t keep up with the science of which I should be taking, when, for how long, and in what combinations.  That one company could do this for me and save me money is quite appealing.

So the bottom line is that Jason has a good product and a good story to tell.  But does he make the sale?  The so-called “Vitamin, Mineral, Herb and Supplement (VMHS)” industry is $30 billion, and occupied by goliath competitors like Lifescript.com and Vitame.com.  How can an upstart company like VitaminPacks be heard in this huge tower of vitamin-hype Babel?

Enter crowdfunding.  Just as the internet has democratized information, internet-based crowdfunding is now democratizing markets.  The Crowdfunding Industry Report claims there were more than $5 billion in transactions in 2013, double the previous year’s level. Any company – big or small, established or new, famous or startup – can use one of the expanding number of investment platforms, put up a deal, and attract investors.  Businesses can choose whether they prefer to raise money through donations via sites like Kickstarter and IndieGoGo (offering perks as token rewards), through loans via sites like Prosper and Kiva, and soon (thanks to the JOBS Act) through portals like Mission Markets.

When Jason told me that he had just launched a campaign for his company on Indiegogo, I was originally skeptical.  While there are eye-popping exceptions, the typical raise on a donation crowdfunding site is about $5-10,000—hardly enough to capitalize a company like VitaminPacks.  But Jason clarified that he had already raised the essential capital for his business.  This particular raise was for a modest technology development—to  create a mobile app for the company.

Why raise $20,000 for an app on a site like Indiegogo?  Because the site provides an easy framework for consumers to find and support anything new in a field or product line of interest.  It also mobilizes especially enthusiastic customers to embrace a business idea they love.

Those who contribute anything to this app, Jason reckons, are great customers down the line worth cultivating.  And the perks offered to larger contributors only sweeten the deal and deepen the potential for long-term loyalty.  If you contribute $50, for example, you get a bunch of product discounts.  At $200, you can get free consultations with the company’s nutrition experts.  “Crowd-perks” like these identify potential buyers, fans, and investors.

The lesson I take from this is that crowdfunding is no longer just about investment.  It’s about recognition and loyalty.  And for the vast majority of small businesses that don’t have multimillion-dollar advertising budgets, this might well be the Guerrilla Marketing Tactic of the Year.