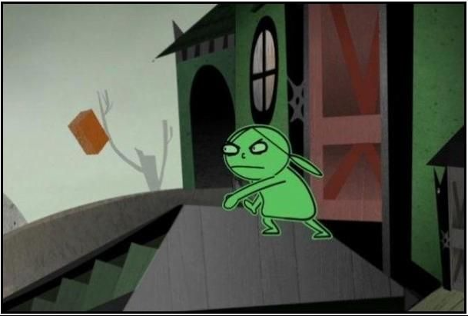 The summer of 2020 may be receding, but it now feels like the beginning of another summer, 1914, when a Serbian nationalist assassinated the heir to the Austro-Hungarian empire, Archduke Franz Ferdinand. What could have been an isolated tragedy escalated because of rigid alliances, heavy arms buildups, and stubborn pride.  World War I ultimately killed 9 million combatants and 13 million civilians (not to mention the tens of millions who died from the Spanish Flu).

Like the Europeans of 1914, Americans in 2020 have split into two rigid blocs, one red and one blue, both sides heavily armed as they enter the most fraught election of our lifetimes.  On one side is a beleaguered white working class and wealthy business interests whose members believe their country and everything they hold dear is about to be robbed by unworthy immigrants, anarchists, and woke lefties.  They fear that their President, their savior, will be hounded from office by a corrupt press and massive voter fraud.

On the other side is a rainbow coalition of many races, ethnicities, and generations.  They believe their country and everything they hold dear is about to be undone by racism, militias, and tyranny.  They fear that the President, their enemy, will dismantle the ballot box and declare himself America’s first post-democracy dictator.

Both sides are feeling increasing dread about November 3rd. We are already seeing escalating recriminations, threats, lawsuits, and protests. A plot to kidnap and kill the governor of Michigan has just been thwarted.  One side inevitably will be outraged by the election results. Possibly both. Riots and violence could sweep the country.

To everyone, irrespective of your views, please take a deep breath and start moving back from the abyss.  And find the civic leader in yourself to convince your friends and neighbors to do likewise.

You, dear readers, are the leaders of an emerging local economy movement that has always served as a bridge between left and right. We have long known how to blend the conservative commitment to free markets and decentralism with the progressive commitment to justice and democracy. And it falls to us to become exemplars of what my friend and colleague, Dr. Bobby Austin, head of the Neighborhood Associates Corporation, calls “public kinship.”

In its simplest form, public kinship is all about “loving thy neighbor,” even those who radically disagree with you.  It means embracing your community, all of it, with understanding, empathy, and healing.  In requires, in Dr. Austin’s words, “scanning self and environment (simply reviewing our own actions); suspending judgment while retaining common sense; participating in the process; taking a stand to act; and finding common ground to connect and go beyond.”

For the current moment, I would argue that public kinship requires us to act with urgency in four new ways:

First, we need to learn how to listen to people who disagree with us.  One of the most disturbing trends in recent years is the resettlement of people into “red” and “blue” states, towns, and neighborhoods.  Reinforced by inflammatory media and messages catering to one side or the other, we have lost our ability to engage in serious debate with civility.

Over the next three weeks, I encourage you to take some time and listen to the other side in our great divide.  For many years, I’ve tried to understand the needs, concerns, and fears of conservatives by listening—often for several hours per week—to right-wing talk radio, people like Rush Limbaugh, Mark Levin, Sean Hannity, even Michael Savage. Commit yourself to an hour a week of uncomfortable news, and better still, invite that ”crazy” neighbor of yours out for a socially distanced coffee.

Second, we need to do more than listen, we need to show empathy—and, if possible, discover common ground.  When I first encountered John McClaughry, he had just left his position in the White House Office of Policy Development under President Ronald Reagan.  I was a San Francisco peacenik promoting nuclear disarmament, and he was a determined Cold Warrior.  We wrote some nasty letters to each another. It was two decades later when I discovered that he was the Chair of the E.F. Schumacher Society, and he, like me, also was a committed decentralist.  We started talking, engaging in many issues where we were in at least 50% agreement, and—dare I say—we became friends and trusted colleagues.

When I was a child, growing up in suburban long island, I had a cartoonish view of rural America.  But over the last twenty years, most of my local economy work has been in small towns in deep-red states.  I have genuinely come to love the people I work with.  I love the bourbon addled arguments, the jokes about our radically different upbringing, the obscenely large and unhealthy breakfasts, and the crazy rides I’ve taken on their motorcycles and pickup trucks.

We of course also must reach across not only ideological lines but those of race and class.  The white policeman needs to share a donut with a Black Lives Matter activist—and vice versa.  For me, my stretch in recent years has been working with Native American communities in Oregon and Montana. I’ve found once unfamiliar indigenous customs, language, and philosophy mind-blowingly beautiful and inspiring.  Even though they know I’m that oddball Jewish intellectual from the East Coast, many affectionately call me “Moozo,” in appreciation of our shared love of moose.

My daughter Rachel, who just turned 18, has noticed that many of her friends have started to reach out to those they once dissed. Some are apologizing for past transgressions, while others are just asking for a fresh start. COVID-19 has given us more time at home to reflect on our lives and think about doing better. Now is the time to reach out to those people you stopped talking to and give them a second chance.

Third, I think we should remember that our country, the United States, is a confederation, not a monolith.  We have endured as a nation since 1776—with some painful exceptions—because we have learned to live and let live.  We need to stop insisting that other parts of the country look or act like us.  Yes, there are certain rights secured in the Constitution that are universal, but if you live in Berkeley, stop insisting that Alabama share your views on abortion or religion. And if you live in West Virginia, stop meddling in the private lives of LGBTQ people.

Our differences will endure long past this election—and we need to remember that that’s our strength. The next month or two will be deeply painful to at least half the country. But if we can practice public kinship, if we can listen and empathize with those we fear, if we can tolerate their differences, our nation will have a shot at enduring.

Finally, we must take a stand and act. Nonviolently. So put down the brick…and pick up a ballot.

1 thought on “Put Down the Brick…”