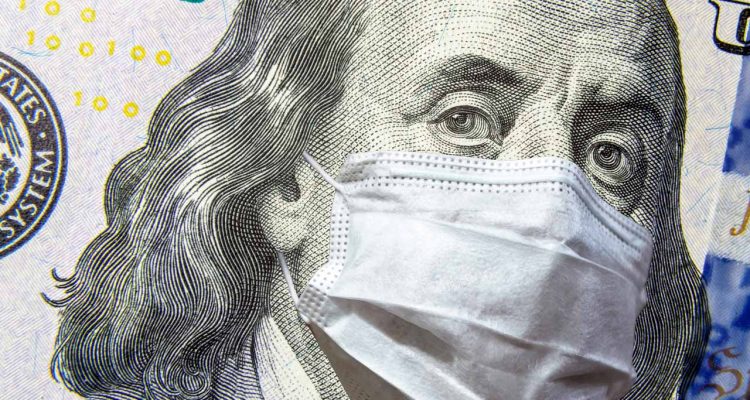 My recent recommendation to radically overhaul public procurement (one of “A Dozen Asks for Your Governor”) elicited lots of great questions. Today’s blog explains in more detail what needs to be done and why.

Let’s begin with the bottom line: In 2017, according to Census data, state and local governments collectively spent about $3.7 trillion. Increasing the flow of these trillions toward local businesses in the post-COVID era could generate enormous boosts in local income, wealth, and jobs. Moreover, this stimulus would cost your state nothing—in fact, it would probably save billions of public dollars.

Many jurisdictions already provide some contract preferences, for women-led and minority-led businesses for example. According to the Institute for Local Self-Reliance, about half the states also have preferences for small and local businesses. Montgomery County, Maryland, where I live, aims to award 20% of all small contracts (under $10 million) to local businesses. Next door, Washington, DC, gives local businesses a 5% advantage in contract bidding.

These preferences, however, don’t go nearly far enough. First, even though locally owned businesses represent 60-80% of the economy (depending on how you define “local), they still only receive a pitiful portion of public contracts. A study conducted in 2017 by the New Mexico state auditor, for example, found that of the $132 million spent by school districts in the state on foodstuffs, only 12% went to New Mexican businesses. This outcome might make sense if local businesses consistently offered more expensive goods and services, but they don’t. The real explanation is that small businesses lack the bandwidth to engage in the long, difficult, and expensive process of government contracting, and official efforts to simplify the rules have been flops.

Second, the structure of local-business preferences is probably illegal under various trade agreements signed by the United States. In 2013, the World Trade Organization invalided the local preferences in Ontario’s Green Energy Act, which had mandated that 60% of all solar and wind contracts in the province had to come from local companies. No can do. As crazy and infuriating as it may be, it’s just a matter of time before similar legal actions are brought against U.S. state and local buy-local initiatives. We urgently need a new, more legally defensible framework for supporting local businesses.

Third and most importantly, these preferences are depicted exceptions in an otherwise economically rational system that rewards the lowest bidder. In fact, the system is completely rigged against local business. Conveniently for global companies, the system counts some things and excludes others.

A generation ago public agencies refused to buy high efficiency light bulbs, because they were significantly more expensive than traditional incandescent bulbs. A superficial comparison of prices would automatically lead to the purchase of the inefficient bulbs. Even though the efficient bulbs lasted significantly longer and saved electricity, those facts could not be taken into account in the bidding process. Gradually, after lots of pushing, public procurement officers came around to the view that they need to favor the technology with the lowest long-term, lifetime cost. Once they did this, they bought more efficient bulbs—and their governments saved money.

But procurement officers continue to overlook one other important long-term cost—lost tax dollars. Suppose a locally owned Company A bids $1.2 million for a state contract and a nonlocal Company B bids $1 million. Even if Company A generates $300,000 more in taxes for the state, Company B still wins. That’s nuts!

We know that locally owned businesses spend two to four times more of every contract dollar on local vendors than do nonlocal businesses. A 2007 Civic Economics study of Arizona’s procurement found that for every dollar of state business, local paper suppliers spent three times more in the state than chain suppliers, which means they would generate about three times as much in state taxes. And yet the Arizona procurement process ignored this difference.

The current rules give an unfair, irrational economic advantages to nonlocal bidders who can dodge state taxes.

Here’s how to fix the problem: Your state and local governments should require that every bidder indicate a minimum percentage of its contract it plans to re-spend in the state. Using well-accepted economic models like IMPLAN, they could estimate the likely tax consequences. Each bid could then be compared net of expected tax proceeds, and contracts would be awarded—finally—to the truly lowest bidder. This tweak is almost guaranteed to generate more local spending, unleash more local stimulus, save public money, and enlarge the local tax base.

One important legal detail: Nonlocal firms must be allowed to compete on a level playing field. If, say, a Japanese firm agrees to spend its contract entirely with local vendors, it should receive the exact same credit as a competing local firm. By making the system nondiscriminatory, it passes all the legal hurdles—including the dumb ones embedded in our trade agreements—in a way that current preferences do not.

I’d start by commissioning a study (which, by the way, I’d be happy to do for your state). What are the relative tax consequences of re-spending, say, 10, 20, or 30 cents on a dollar of food procurement locally? What about paper goods? Do this calculation for a bunch of sectors, publish it, and update it periodically. This way, all bidders involved in your procurement system will be apprised of the rational basis for your contract decisions. That matters for surviving future legal challenges.

I know there will be resistance. Procurement officers long accustomed to making simplistic decisions based on the top-line bid will need to be educated. So will the business community, to understand why more local subcontracting will pay off in stronger bids.

In some states, where local governments have a significant amount of power, they might be able to change this system on their own. In most, however, the state will need to lead the way, perhaps with new legislation. Please ask your governor and state legislators to step up.

We are in the midst of the biggest economic crisis to hit planet Earth in almost a hundred years. We must think big about solutions. Given that this one actually increases the net revenue coming into state governments while stimulating the economy, what possible reason could your officials have not to say “yes”?