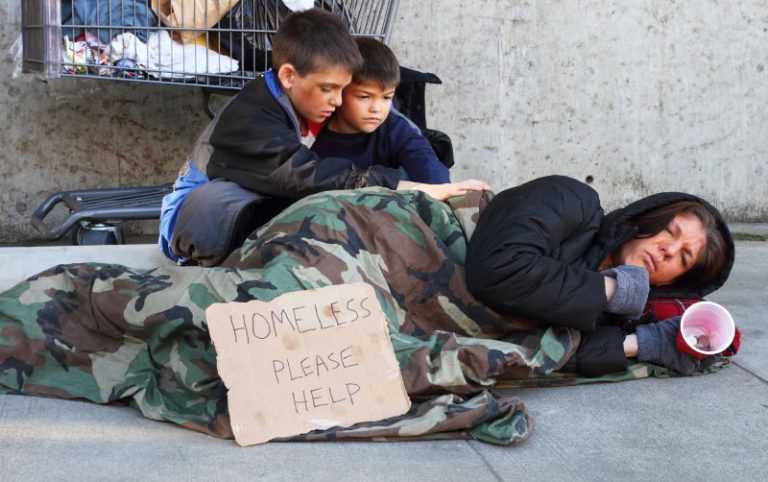 “Ooh, a storm is threatening

If I don’t get some shelter

We interrupt this election nail-biter for a special news flash:  No matter who wins the presidency, the country is facing a staggering housing crisis. Even before the COVID-19 pandemic, communities across the country were seeing expanding numbers of homeless, car dwellers, and couch surfers.  Millions more, less visibly, were unsustainably spending over half their incomes on housing and unable to meet other critical expenses like food, health care, and transportation.  In no state could a person earning the federal minimum wage full-time afford a two-bedroom apartment at fair market rent.  That was before.

COVID-19 has set off an economic tsunami of unemployment, bankruptcy, and poverty not seen since the Great Depression of the 1930s.  Millions of Americans will face the prospects of mortgage foreclosures and evictions, with the burdens falling disproportionately on the poor, the elderly, the disabled, and people of color.  This new housing crisis is reaching the middle class as well.  The heroes of the pandemic who could barely afford modest one-bedroom apartments before the crisis—food service workers, cashiers, grocery clerks, personal care aides, and medical assistants—now are in danger of losing their homes altogether.

But there’s good news as well.  In the four years since investment crowdfunding has been legalized, grassroots investors have become increasingly interested in real estate.  While small businesses, especially startups, can easily go bankrupt, real estate projects tend to retain more of their value.  Investment in real estate, especially at a time when the stock market and the economy generally are so rocky, is a smart strategy.

This past week, the SEC quietly increased the ceiling on a crowdfunding raise from $1.07 million to $5 million—effectively enabling significantly more housing projects to be funded by grassroots investors sick of Wall Street. This is a game changer.

What are some of the ways you might invest in affordable housing?  Here’s a taste of what’s out there.

(1) Community Land Trusts – For almost a century, CLTs have been effective, yet limited in scale, providers of affordable housing.  The classic design is that a community-based nonprofit owns land in perpetuity and offers 100-year leases (sometimes renewable) for houses built on it.  When a unit is resold, any gains in the home’s value are split between the resident and the trust.  The model has historically conferred three important benefits on residents: permanent affordabililty, a lower entry price to become a homeowner, and reduced risk of eviction during troubling economic times. Today, nearly 300 CLTs operate in North America and provide 12,000 units of affordable housing and 25,000 renter-occupied units.  Some CLTs also oversee commercial leases.  The largest CLT in the country, the Champlain Housing Trust in Burlington, Vermont, has 2,765 homes and was started with a $200,000 municipal bond approved by then Mayor Bernie Sanders. Crowdfunding reform now makes it possible for communities across the country to start CLTs with grassroots investors.  That’s how the East Bay Permanent Real Estate Cooperative got started in 2018.

(2) Neighborhood Real Estate Investment Trusts (REITs) – A variation on the CLT is the community investment trust (CIT), which allows members of the community to invest in neighborhood projects.  Whereas most CLTs are nonprofit, CITs can be for-profit and issue equity.  In East Portland, Oregon, Mercy Corps has designed a CIT that invites neighbors to invest in Plaza 22, a 29,000 square foot shopping center with 276 beloved local businesses like the African Family Holistic Health Organization, PDX Yellow Cab, and Faby’s Hair Studio. Nearby residents can investment between $10 and $100 per month and receive annual dividends.  Imagine neighbors buying up every Main Street in America, insulating local businesses from landlord threats of sudden lease increases.  The same basic framework also could enable people to invest in affordable neighborhood housing, everything from tiny homes to multi-story apartments.  An example of a neighborhood REIT is the Neighborhood Investment Company (NICO), which is helping residents invest in three, multi-unit affordable housing properties in Echo Park, a vibrant neighborhood near downtown Los Angeles.

(3) Shared Equity Strategies – Still another approach is to buy pieces of equity in homes to make homeownership more affordable.  That’s the strategy of a new company called Landed.  It strikes a deal with new homeowners to pick up half or more of the down payment.  When you decide to sell the home or reclaim Landed’s share of your equity, you pay them back their contribution plus a modest percentage of the gain in your equity.  If your home loses equity, Landed will deduct that percentage from what you pay back.   For the moment, Landed focuses on what it calls “essential professionals”—educators, health care workers, and first responders in major metro areas—people with stable jobs but tight budgets.  We can look forward to other competitors emerging that focus on niche populations and special geographic areas. Some will start raising capital from grassroots investors to accelerate the spread of home ownership.  As Bill Barberg of Insight Information suggests, these companies could partner with neighborhood REITs.

All these schemes can and should pitch their offerings to people looking for better ways to invest their tax-deferred pension funds.  With self-directed IRAs and solo 401ks, millions of Americans could move their investments from Wall Street to Main Street properties.

If you’re interested exploring these ideas further, I encourage you to check out Bill Barberg’s Solution Summit for the Housing Crisis, November 17-19.  It’s an online conference featuring dozens of speakers, including yours truly.   Whoever is the next President should seize the promise of aligning affordable housing with local investment to fight a roaring, four-alarm crisis.